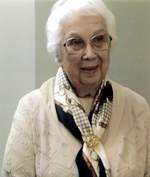 Virginia June (Williams) Rinehart passed away on Wednesday, November 11, 2020 at the Taylor House in Des Moines.

She was born on November 9, 1932 in La Porte City, Iowa to Clifford and Frances (Rogers) Williams. She attended school in La Porte City and then received her BA in 1956 from Iowa State Teachers College. She taught school in Central City, Waterloo, and Spirit Lake and later worked at the Iowa State Training school in Eldora.

Virginia was a member to the Trinity United Methodist Church in Albia. She was also a member of the PEO. She enjoyed reading and gardening.

She was preceded in death by her parents, husband George, son Steven and a granddaughter Lisa Hoard.

Memorials may be directed to Taylor House Hospice.

No services are planned.