To share your memory on the wall of Virginia Rinehart, sign in using one of the following options:

She was born on November 9, 1932 in La Porte City, Iowa to Clifford and Frances (Rogers) Williams. She attended school in La... Read More
Virginia June (Williams) Rinehart passed away on Wednesday, November 11, 2020 at the Taylor House in Des Moines.

She was born on November 9, 1932 in La Porte City, Iowa to Clifford and Frances (Rogers) Williams. She attended school in La Porte City and then received her BA in 1956 from Iowa State Teachers College. She taught school in Central City, Waterloo, and Spirit Lake and later worked at the Iowa State Training school in Eldora.

Virginia was a member to the Trinity United Methodist Church in Albia. She was also a member of the PEO. She enjoyed reading and gardening.

She was preceded in death by her parents, husband George, son Steven and a granddaughter Lisa Hoard.

Memorials may be directed to Taylor House Hospice.

No services are planned.
Read Less

To send flowers to the family or plant a tree in memory of Virginia Rinehart, please visit our Heartfelt Sympathies Store.

Receive notifications about information and event scheduling for Virginia

There are no events scheduled. You can still show your support by sending flowers directly to the family, or planting a memorial tree in memory of Virginia Rinehart.
Visit the Heartfelt Sympathies Store

We encourage you to share your most beloved memories of Virginia here, so that the family and other loved ones can always see it. You can upload cherished photographs, or share your favorite stories, and can even comment on those shared by others.

Posted Nov 15, 2020 at 09:48pm
I just found Virginia's obituary on Facebook, I didn't know ...... Virginia was a lovely lady and I know she will be missed by a multitude of friends and family including myself. I have just talked with Wesley and he is so upset -- she is loved and treasured by this family. God bless her and keep her. 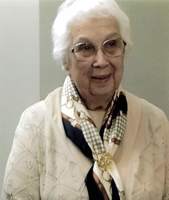