In Memory of
Theresa  Diane
Brown
1931 - 2018
Click above to light a memorial candle.
Memorial Candle Tribute From
Sinnott Funeral Home
"We are honored to provide this Book of Memories to the family."
View full message >>>
Send Flowers
Menu 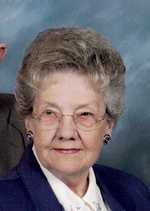 Theresa Diane Brown, age 87, of Iconium passed away on Thursday, October 18, 2018 at the Monroe Care Center in Albia. She was born on September 12, 1931 to Paul and Luvena (Sparks) Jordan.

Theresa graduated from Centerville High School, class of 1949. She married Dick Brown on January 14, 1951 at the First Methodist Church in Centerville. They were blessed with one son, Bradley Jordan Brown.

Survivors include her husband, Dick Brown of Iconium; son, Bradley Jordan Brown of Albia, many cousins, sister-in-law, Betty Dunham of Des Moines, nephew, Dan (Linda) Dunham of Des Moines, and two nieces, Deborah Dunham of Sarasota FL, and Jennifer (Dan) Yoder of Houston, TX.
She was preceded in death by her parents, Paul and Luvena Jordan.

Funeral Services will be held at 11:00 a.m., Tuesday, October 23, 2018 at the Trinity United Methodist Church in Albia with Rev. Roger Henry officiating. Burial will be in Iconium Cemetery. Visitation will be held on Monday, October 22, 2018 from 2-7 p.m. with Theresa’s family present to greet friends at Sinnott Funeral Home in Albia. In Lieu of flowers, Memorials may be directed to the Trinity United Methodist Church Music Department. Online condolences may be left for the family at sinnottfuneralhome.com.

To send flowers to the family or plant a tree in memory of Theresa Diane Brown, please visit our Heartfelt Sympathies Store.