To share your memory on the wall of Robert Johnson , sign in using one of the following options:

Bob was born on May 22, 1937 to Elmer E. And Gertrude Johnson of Milnor, North Dakota. He was second of eight boy... Read More
Robert “Bob” Allen Johnson, age 83, of Ottumwa, Iowa passed away Friday, June 5, 2020 at the Good Samaritan Society.

Bob was born on May 22, 1937 to Elmer E. And Gertrude Johnson of Milnor, North Dakota. He was second of eight boys. Bob received degrees from the State School of Science in Whapeton and from North Dakota State University in Fargo. Bob moved to Ottumwa in 1961 and began working for John Deere Ottumwa Works. In June of 1961, he married Gayle Grindy of Wahpeton, ND. They were married for forty-seven years until her death in 2008. Bob was a Sargent (E6) in the 224th Engineering Battalion National Guard unit, honorably discharged in 1967. While serving with the Guard, Bob was “Soldier of the Month” at the Aberdeen Proving Ground and honor student for the MOS class.

Bob retired form John Deere in 1991 after 38 1/2 years of service. After retiring from John Deere, Bob continued to work as a handyman for many years in the local community. Bob was a past member of the American Home Finding Board, coached little league baseball for several years and coached football and basketball for Horace Mann Elementary School in the early 70’s. Bob was an avid outdoors-man. He loved hunting, trapping, and fishing with family in North Dakota, and his buddies in Iowa.

Bob is survived by five brothers, (Marshall, David, Steve, Harris, and John), his two sons, (Bryce of Gilbert, AZ and Brett of Ottumwa), and one grand-daughter, (Taylor Johnson). He was preceded in death by his wife Gayle, his parents, (Elmer and Gertrude), and two brothers, (Tom and Eugene).

Graveside Services will be held at 11:00 a.m., on Wednesday, June 10, 2020 at the Ottumwa Cemetery with Pastor Mark Johnson officiating. Visitation will be held on Tuesday, June 9, 2020, opening to the public at 4:00 p.m., and Bob’s family will be present from 5-7 p.m., Tuesday evening at Sinnott Funeral Home in Ottumwa. In lieu of flowers, a memorial has been established for his grand-daughters college fund. . Online condolences may be left for the family at sinnottfuneralhome.com.
Read Less

To send flowers to the family or plant a tree in memory of Robert A. Johnson , please visit our Heartfelt Sympathies Store.

Receive notifications about information and event scheduling for Robert

We encourage you to share your most beloved memories of Robert here, so that the family and other loved ones can always see it. You can upload cherished photographs, or share your favorite stories, and can even comment on those shared by others.

Posted Jun 08, 2020 at 11:09pm
We both have fond memories of working with Bob at JD. He was quick with a smile and a word of encouragement, not to mention his baked goodies. Truly one of the good guys. Rest easy, old friend!
Comment Share
Share via:
KP

Posted Jun 08, 2020 at 08:07pm
Bob was a good guy and a good boss. He made a "long"day fun. Lots of people from J.D. Ottumwa have many very fond memories of him. Always will probably be the "Indian" to most. RIP, Bob. Karen Pregon 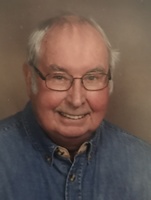