To share your memory on the wall of Philip Lundstrom, sign in using one of the following options:

Phil graduated from Albia High School, class of 1953. He enlisted with the United States Air Force in 1954. He served in the Korean Conflict and also served in Thailand during the Vietnam War. He was stationed in Lincoln AFB in Nebraska, Laon AFB in France, Vandenberg AFB in California, Norton AFB in California, and then Langley AFB in Virginia where he was superintendent of the precision photographic equipment systems maintenance section at Tactical Air Command Headquarters.

He married Sheila Barnes on August 18, 1955 at the Lovilia United Methodist Church in Lovilia, and they were blessed with three children, Gail Marie, Gary Raymond, and James Philip. He retired as a SMSgt after twenty years of distinguished service. Only two percent percent of the total listed force held this rank. He then worked at 3M in Knoxville as a warehouse supervisor, retiring in 1993.

He was a member of the Lovilia United Methodist Church, serving on various committees throughout the years. He was an avid golfer, obtaining four hole in one’s throughout his life. He enjoyed playing golf tournaments with friends, and winning several along the way.

Survivors include his wife Sheila of Lovilia; children, Gail M. Lundstrom of Iowa City, Gary R. Lundstrom of Sedalia, James P. Lundstrom of Wright City, MO, one grandson, James H.P. Hobart, Alicia and Lexi all of Solon, Iowa. He is also survived by several nieces, nephews, and friends. He was preceded in death by his parents, Oscar and Goldie; two brothers, Vernon and Merle Lundstrom; sister, Lois Jamieson.

Funeral Services will be held at 10:30 a.m., on Wednesday, May 15, 2019 at Sinnott Funeral Home in Albia with Rev. Raymond Doser officiating. Interment will follow in Woodlawn Cemetery in Lovilia with military rites conducted by the American Legion of Albia, Melrose and Lovilia. Visitation will be held on Tuesday, opening to the public at 1:00 p.m., and Phil’s family will be present to greet friends from 4-7 p.m. at Sinnott Funeral Home in Albia. Memorials may be directed to Lovilia United Methodist Church, Welcome Home Soldier, or Edmundson Golf Course.
Read Less

To send flowers to the family or plant a tree in memory of Philip R. Lundstrom, please visit our Heartfelt Sympathies Store.

Receive notifications about information and event scheduling for Philip

We encourage you to share your most beloved memories of Philip here, so that the family and other loved ones can always see it. You can upload cherished photographs, or share your favorite stories, and can even comment on those shared by others.

Linda, John and family, Suzanne, Susan and Ricky, Jenni Carpenter, and other have sent flowers to the family of Philip R. Lundstrom.
Show you care by sending flowers

Posted May 16, 2019 at 06:06pm
Gail, so sorry to hear about your dad. My thoughts and prayers are with you and your family.
Comment Share
Share via:
JW

Posted May 15, 2019 at 12:31pm
I had the privilege of working for Phil in the warehouse at 3M. He was the supervisor of a bunch of young and "slightly" wreckless fork truck operators. We respected Phil for his leadership and much needed patience. RIP boss.
Comment Share
Share via:
HS

Posted May 12, 2019 at 05:13pm
Our deepest sympathy, may Phil forever Rest In Peace, love Joe, Sharon, Tiffany and Derek

Posted May 11, 2019 at 05:25pm
Dear Lundstrom Family, My deepest sympathies for the loss of your husband, father and grandfather. Gentle blessings through your grief. 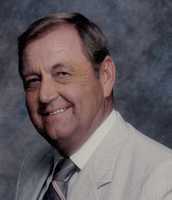