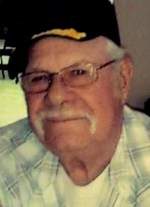 Paul “Doc” Russell Bakalar, age 82, of Albia passed away on Wednesday, August 5, 2020 at his residence, under the care of EveryStep Hospice. He was born in Hiteman, Iowa to John and Geraldine “May” (Van Gilder) Bakalar on January 22, 1938.

He enlisted with the United States Navy. After service he worked for Maytag in Newton, and later Ideal Manufacturing, and retired as a welder from John Deere in Ottumwa. He also occasionally drove a bulldozer for Larry Price. He was united in marriage to Karen Lockard, and they were blessed with four children: Penny, Paula, Tony, and Becky. Doc and Karen later divorced. He then married Virginia Stewart, and they were blessed with daughter, Shannon. They would later divorce. He later married Debbie (Wilson) Ellis.

Funeral Services will be held at 10:30 a.m., Tuesday, August 11, 2020 at Sinnott Funeral Home in Albia with Pastor Brad Gray officiating. Interment will follow in Oak View Cemetery with military rites conducted by the American Legion. A luncheon will be held following services at the Knights of Columbus in Albia. Visitation will be held on Monday, August 10, 2020, opening to the public at 2:00 p.m., and Doc’s family will be present from 5-7 p.m., Monday evening at Sinnott Funeral Home in Albia. Memorials may be directed to the family and will be determined at a later date. Online condolences may be left for the family at sinnottfuneralhome.com