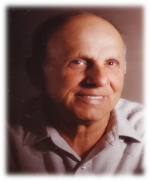 Norman DeWeese was watching his westerns and looking forward to dancing the jitterbug with mom on Monday, November 2, 2020, at Sigourney Manor when he passed away.  Norman Edgar DeWeese, was born March 26, 1934 in Oskaloosa, Iowa to Ike & Gussie (Osborn) DeWeese.  Norman married Mary Jane Wilkins December 17, 1955 in Ottumwa.  Their children are Ed DeWeese of Delta, Tim DeWeese (deceased), Craig Allen DeWeese (deceased), Brian DeWeese (deceased), Mike DeWeese of Ottumwa, Terri DeWeese of Des Moines and Julie Wolf of Parkston, South Dakota.  They made a life together raising their children until Mary lost her battle to cancer. Norman found a beautiful soul to help raise his children, he married Ruth May Chambers in 1978.

Norman was a jack of all trades and master of none.  He owned a construction business for many years, was a truck driver, enjoyed tinkering on vehicles and later in life worked for Clow in Oskaloosa, sold Muscatine melons and enjoyed hobbies of flea marketing and finding “good” buys!  Shortly after remodeling their home in Delta in 1984, a tornado destroyed their home and Norman with the help of his children and Ruth built a new home together in Delta.  In the later years of their marriage they enjoyed traveling to Texas for the winter and making time for friends.  He never met a stranger, always had time for everyone, loved to give people a hard time and always wanted hugs.