To share your memory on the wall of Norman DeWeese, sign in using one of the following options:

Norman was a jack of all trades and master of none.  He owned a construction business for many years, was a truck driver, enjoyed tinkering on vehicles and later in life worked for Clow in Oskaloosa, sold Muscatine melons and enjoyed hobbies of flea marketing and finding “good” buys!  Shortly after remodeling their home in Delta in 1984, a tornado destroyed their home and Norman with the help of his children and Ruth built a new home together in Delta.  In the later years of their marriage they enjoyed traveling to Texas for the winter and making time for friends.  He never met a stranger, always had time for everyone, loved to give people a hard time and always wanted hugs.

To send flowers to the family or plant a tree in memory of Norman DeWeese, please visit our Heartfelt Sympathies Store.

Receive notifications about information and event scheduling for Norman

There are no events scheduled. You can still show your support by sending flowers directly to the family, or planting a memorial tree in memory of Norman DeWeese.
Visit the Heartfelt Sympathies Store

We encourage you to share your most beloved memories of Norman here, so that the family and other loved ones can always see it. You can upload cherished photographs, or share your favorite stories, and can even comment on those shared by others.

Lyle, Pat, and the Presho Crew sent flowers to the family of Norman DeWeese.
Show you care by sending flowers

Lyle, Pat, and the Presho Crew

Lyle, Pat, and the Presho Crew purchased flowers for the family of Norman DeWeese. Send Flowers 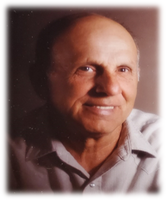