To share your memory on the wall of Normagene Robertson , sign in using one of the following options:

To send flowers to the family or plant a tree in memory of Normagene Louise Robertson , please visit our Heartfelt Sympathies Store.

Receive notifications about information and event scheduling for Normagene

We encourage you to share your most beloved memories of Normagene here, so that the family and other loved ones can always see it. You can upload cherished photographs, or share your favorite stories, and can even comment on those shared by others.

Posted Jun 13, 2020 at 06:49am
I loved talking with Norma Jean her family was her greatest accomplishment in life she adored each one of them. She was a very out spoken woman, I will miss her a lot but I know she is with God now.
Comment Share
Share via:
SC

Posted Jun 12, 2020 at 12:48pm
Condolences to Vicki and the Baty Family. I am sorry to hear of your Mom's passing. She had a wonderful life and a great Family. I am happy you were able to have her for so many years. You will have many memories to cherish. Sandy Corder 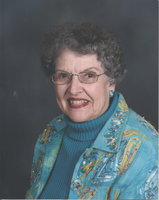