To share your memory on the wall of Nellie Davis, sign in using one of the following options:

Provide comfort for the family of Nellie Davis with a meaningful gesture of sympathy.

Print
Nellie Davis, age 73, of Hedrick passed away on Wednesday, December 4, 2019 at the Mahaska Health Partnership Serenity House. She was born on December 25, 1945 in Oskaloosa to Warren and Ione (Pope) Lisk.

She married Marvin Davis on M... Read More
Nellie Davis, age 73, of Hedrick passed away on Wednesday, December 4, 2019 at the Mahaska Health Partnership Serenity House. She was born on December 25, 1945 in Oskaloosa to Warren and Ione (Pope) Lisk.

She married Marvin Davis on March 27, 1965 in Montezuma. She enjoyed painting, quilting, camping, and especially spending time with her family.

She is survived by her husband, Marvin of Hedrick, children, Diana (Randy) Mindham of Colfax, Teri (Mick) Klemesrud of Urbandale, nine grandchildren, three great grandchildren, and siblings, Richard Lisk, Warren Jr. (Sandy) Lisk, and Alice Chatfield, Debra (Dale) Bartholomew. She was preceded in death by her parents, Warren and Ione Lisk, and one sister, Wanita.

Nellies’ body has been cremated per her wishes with no planned services. Memorials may be given to the family. Online condolences may be left for the family at sinnottfuneralhome.com.
Read Less

We encourage you to share your most beloved memories of Nellie here, so that the family and other loved ones can always see it. You can upload cherished photographs, or share your favorite stories, and can even comment on those shared by others. 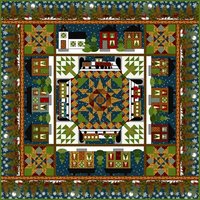