To share your memory on the wall of Monte Robnett, sign in using one of the following options:

Provide comfort for the family of Monte Robnett with a meaningful gesture of sympathy.

Print
Monte Neal Robnett, age 90, of Albia, passed away peacefully on Monday, May 11, 2020, at the Monroe Care Center in Albia. He was born on October 9, 1929, in his life long home to Fred and Blanche (Neal) Robnett.

Monte attended school in... Read More
Monte Neal Robnett, age 90, of Albia, passed away peacefully on Monday, May 11, 2020, at the Monroe Care Center in Albia. He was born on October 9, 1929, in his life long home to Fred and Blanche (Neal) Robnett.

Monte attended school in Albia, graduating with the class of 1948. He married Marilyn Kearney on September 22, 1951. They were blessed with three daughters and two sons. He worked at John Morrell in Ottumwa until it closed and then at John Deere, retiring in 1991.

His favorite activities were hunting, fishing and mushrooming. He enjoyed playing cards and drinking beer with his buddies. You could always find Monte driving his golf cart around town, sharing some of his famous humor with people. Most of all, he enjoyed spending time with his family.

He is survived by his wife of 68 years, Marilyn of Albia; his children Diana (Mark) Davis, Debi (Terry) Knowles, Michelle (Steve) Chambers, Steve (Mary Clouse) Robnett, John Robnett; ten grandchildren, fourteen great-grandchildren and six great-great grandchildren. He is preceded in death by his parents, Fred and Blanche and one sister Lorraine Ellis.

Celebration of Life Services will be held at a later date once the COVID19 restrictions are lifted. Online condolences may be left for the family at sinnottfuneralhome.com.  In lieu of flowers, memorials may be directed to the family in care of the Sinnott Funeral Home, 2030 Hwy 5, Albia, Iowa 52531. Memorials will be designated at a later date.  Services are entrusted with Sinnott Funeral Homes.
Read Less

To send flowers to the family or plant a tree in memory of Monte Neal Robnett, please visit our Heartfelt Sympathies Store.

Receive notifications about information and event scheduling for Monte

There are no events scheduled. You can still show your support by sending flowers directly to the family, or planting a memorial tree in memory of Monte Neal Robnett.
Visit the Heartfelt Sympathies Store

We encourage you to share your most beloved memories of Monte here, so that the family and other loved ones can always see it. You can upload cherished photographs, or share your favorite stories, and can even comment on those shared by others.

Posted May 13, 2020 at 10:31am
Marilyn its been a lot of years but when I saw this about Monte I wanted to let you know you are in my thoughts and prayers! Pauline Mc Ginn Steinbach!
Comment Share
Share via:
DR

Posted May 12, 2020 at 04:40pm
Marilyn, we are so very sorry to hear about Monte. Please know that you and all of your family are in our thoughts and prayers. You can always call Robin or Me if there is anything we can help you with. Big hugs to all of you. Love You Marilyn.
Robin Haselhuhn and Debi Reed
Comment Share
Share via:

Posted May 12, 2020 at 10:14am
So very sorry for your loss. Monte will be missed! With much sympathy and many prayers. Mike and Carol Cosgrove
Comment Share
Share via:
SA 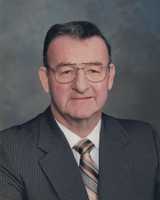 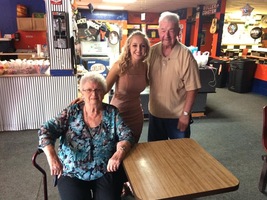 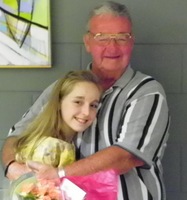 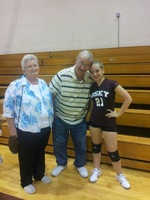