To share your memory on the wall of Michael Ruby, sign in using one of the following options:

Michael married Beverly Dalton on March 3, 1970 in Kirksville, Mo, and they were blessed with six children: Tina, Tonya, Tammy, Michelle, Melody, and Michael. He worked at John Deere in Ottumwa for thirty years, and he also farmed. He enjoyed Hunting, camping, and rides on his Gold Wing motorcycle with Beverly.

Mike’s body has been cremated per his wishes. A Celebration of Life will be held at a later date. Memorials may be directed to Hospice Serving Davis and Wapello Counties or to the Blakesburg Public Library. Online condolences may be left for the family at sinnottfuneralhome.com
Read Less

To send flowers to the family or plant a tree in memory of Michael J. Ruby, please visit our Heartfelt Sympathies Store.

Receive notifications about information and event scheduling for Michael

There are no events scheduled. You can still show your support by sending flowers directly to the family, or planting a memorial tree in memory of Michael J. Ruby.
Visit the Heartfelt Sympathies Store

We encourage you to share your most beloved memories of Michael here, so that the family and other loved ones can always see it. You can upload cherished photographs, or share your favorite stories, and can even comment on those shared by others.

Posted Nov 15, 2019 at 08:57pm
Beverly this is Melinda Brown I met you and your husband when I was driving the floater on Speedy Piersons ground several years ago. I'm so sorry for your loss and you have my condolences. Take care of yourself I know he would want you too. If you ever want to reminisce please call me. 6417997739. You both are very nice people and I never forgot.
Comment Share
Share via:
IR

Posted Nov 15, 2019 at 01:40pm
Sorry to hear of Mikes passing, He was a good friend in the past. I have many good memories of him along with those of Bob Walker.
Comment Share
Share via:
J

Posted Nov 15, 2019 at 01:39pm
Sorry to hear of Mikes passing, He was a good friend in the past. I have many good memories of him along with those of Bob Walker.
Comment Share
Share via:

Posted Nov 14, 2019 at 10:26pm
Mike will be missed by many he was my softball coach when I was young he watched us kids all grow up was the neighbor across the field many memories fly high my friend until we meet again love you Renee
Comment Share
Share via: 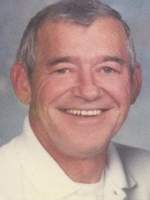