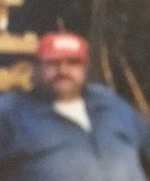 Leslie Martin Vanveen, age 66, of Hamilton, passed away on Sunday evening, March 3, 2019 at Oakwood Specialty Care in Albia, under the care of EveryStep Hospice.  Les was born on Monday, September 1, 1952 to Martin and Juanita (Gladson) Van Veen.

Les grew up in Hamilton, and attended school in Twin Cedars.  He worked at University and McConville Coal Mines.  He also farmed, worked with scrap metal, and sold parts from junk cars.  He always liked to watch the cars be crushed.  He put up a lot of hay in his day, and Les and his best friend Wayne Allen would pick up cans.

Les’ body has been cremated.   A Celebration of Life Service will be held at a later date.  Online condolences may be left for the family at sinnottfuneralhome.com.  Arrangements entrusted with Sinnott Funeral Home in Albia.