To share your memory on the wall of Leatha Middleton , sign in using one of the following options:

Provide comfort for the family of Leatha Middleton with a meaningful gesture of sympathy.

Leatha went to a country school named Maple Grove and graduated from High School in Kirksville, MO in 1944. She married Harold Findling on March 15, 1946. They were married for forty-five years, and blessed with four children: Marlyn, Lin, Helen, and Richard. Harold passed away on April 27, 1986. She later married John Henry Middleton in 1991. John passed away on October 5, 2009.

Leatha was a member of the Plymouth Congregational Church in Ottumwa. She went to events at Izaak Walton League and was a member of the PTA. She was a campfire leader for the two oldest daughters. Leatha was an avid bowler, and enjoyed square dancing, reading, word search puzzles, jigsaw puzzles, and especially spending time with her grandchildren.

We encourage you to share your most beloved memories of Leatha here, so that the family and other loved ones can always see it. You can upload cherished photographs, or share your favorite stories, and can even comment on those shared by others.

Guaranteed hand delivery by a local florist
AM

Posted Dec 16, 2018 at 11:52pm
To the Loving Family & Friends of Leatha Middleton -
So sorry to hear of Leatha's passing; and the sorrow
this brings to your hearts. May our LORD cover you
all with His comforting mercy; and give you strength.
Comment Share
Share via: 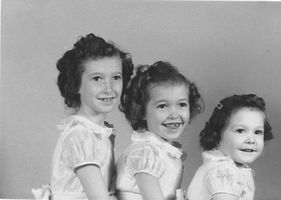 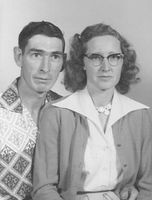