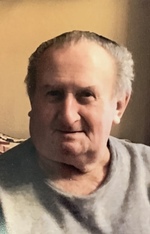 Joseph John Kurimski, age 83, of Bussey, passed away on Friday evening, December 28, 2018 at the Accura HealthCare of Newton. He was born August 15, 1935 in a farm house west of Lovilia to Michael and Nellie (Gergely) Kurimski.

Joe graduated from Lovilia High School, Class of 1955. He married Patricia Ann Wilson on June 13, 1959. To this union three children were born: Chris, Joseph, and Michele. Joe and Patricia later divorced. He later married Mary, Carol, and also Joyce in 1995. He worked construction right out of high school, then went into the coal mines west of Lovilia. He then was Lake Miami Park Manager from April of 1985 until his retirement December 1, 2002.

Joe was an avid outdoorsman who enjoyed hunting, fishing, gardening, mushroom hunting, and making sauerkraut and horseradish. He also loved visiting with his many friends.

Funeral Services will be held at 10:30 a.m., Thursday, January 3, 2019 with Father Michael Volkmer C.PP.S. officiating at Sinnott Funeral Home in Albia. Joe will be cremated following services. A funeral luncheon will follow services at the American Legion in Albia. Visitation will be held on Wednesday, January 2, 2019, opening to the public at 1:00 p.m., with family greeting friends from 5-7 p.m., Wednesday evening at Sinnott Funeral Home in Albia. In lieu of flowers, Memorial contributions may be directed to the Lake Miami Conservation Board. Online condolences may be left for the family at sinnottfuneralhome.com. Arrangements entrusted with Sinnott Funeral Homes.