To share your memory on the wall of Joseph Kurimski, sign in using one of the following options:

Print
Joseph John Kurimski, age 83, of Bussey, passed away on Friday evening, December 28, 2018 at the Accura HealthCare of Newton. He was born August 15, 1935 in a farm house west of Lovilia to Michael and Nellie (Gergely) Kurimski.

Joe gr... Read More
Joseph John Kurimski, age 83, of Bussey, passed away on Friday evening, December 28, 2018 at the Accura HealthCare of Newton. He was born August 15, 1935 in a farm house west of Lovilia to Michael and Nellie (Gergely) Kurimski.

Joe graduated from Lovilia High School, Class of 1955. He married Patricia Ann Wilson on June 13, 1959. To this union three children were born: Chris, Joseph, and Michele. Joe and Patricia later divorced. He later married Mary, Carol, and also Joyce in 1995. He worked construction right out of high school, then went into the coal mines west of Lovilia. He then was Lake Miami Park Manager from April of 1985 until his retirement December 1, 2002.

Joe was an avid outdoorsman who enjoyed hunting, fishing, gardening, mushroom hunting, and making sauerkraut and horseradish. He also loved visiting with his many friends.

Funeral Services will be held at 10:30 a.m., Thursday, January 3, 2019 with Father Michael Volkmer C.PP.S. officiating at Sinnott Funeral Home in Albia. Joe will be cremated following services. A funeral luncheon will follow services at the American Legion in Albia. Visitation will be held on Wednesday, January 2, 2019, opening to the public at 1:00 p.m., with family greeting friends from 5-7 p.m., Wednesday evening at Sinnott Funeral Home in Albia. In lieu of flowers, Memorial contributions may be directed to the Lake Miami Conservation Board. Online condolences may be left for the family at sinnottfuneralhome.com. Arrangements entrusted with Sinnott Funeral Homes.
Read Less

To send flowers to the family or plant a tree in memory of Joseph John Kurimski, please visit our Heartfelt Sympathies Store.

We encourage you to share your most beloved memories of Joseph here, so that the family and other loved ones can always see it. You can upload cherished photographs, or share your favorite stories, and can even comment on those shared by others.

Posted Dec 21, 2019 at 09:21am
I received an email from the funeral home as a reminder so I hope you all get to see this. I will be thinking about all of you over the holidays. We are all experiencing this Christmas without a loved one for the first time. It has helped that my friends and family have stayed very close and I see them often, I hope you are all getting the love and support you need. Mom is not doing very well and it is tough to see her decline so quickly. I send my love to all of you!!!!
Comment Share
Share via:
RD

Posted Jan 02, 2019 at 07:33am
Heart felt prayers to all of Joe's family. I always enjoyed spending time with Joe. Whether we were talking about hunting, fishing, or the garden he never ran out of stories to tell.
Comment Share
Share via:
JL

Posted Jan 01, 2019 at 12:33pm
My condolences to the Kurimski family. The best advice Uncle Joe gave me was to put gypsum in the ground for the best tomatoes. He knew tomatoes.
Comment Share
Share via:
EC 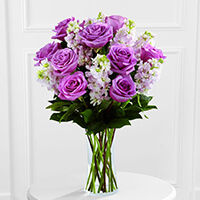 Elaine & Jim Corso purchased the The FTD All Things Bright Bouquet for the family of Joseph Kurimski. Send Flowers

Posted Dec 31, 2018 at 10:04am
My heart goes out to all of Joey’s family, know that you’re in my thoughts and prayers at this sad time. Will always remember Uncle Joey with love.
Comment Share
Share via: 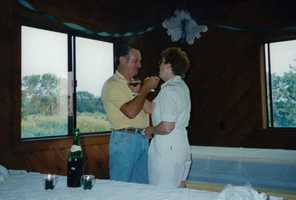 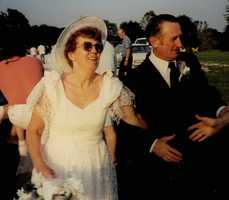 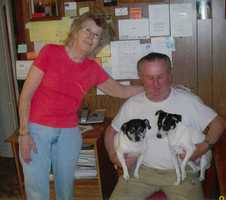