To share your memory on the wall of Joanna Henderson , sign in using one of the following options:

Print
Joanna Rae Henderson, age 69, of Ottumwa passed away on September 3, 2020 at the Iowa Methodist Medical Center in Des Moines. She was born on March 8, 1951 to Fred and Thelma (Wiseman) Stice in Ottumwa.

She was preceded in death by he... Read More
Joanna Rae Henderson, age 69, of Ottumwa passed away on September 3, 2020 at the Iowa Methodist Medical Center in Des Moines. She was born on March 8, 1951 to Fred and Thelma (Wiseman) Stice in Ottumwa.

Funeral Services will be at 10:30 a.m., Wednesday, September 9, 2020 at Sinnott Funeral Home in Ottumwa. Interment will follow in Ottumwa Cemetery. Visitation will be held on Tuesday, September 8, 2020, opening to the public at 2:00 p.m., and Joanna’s family will be present to greet family and friends from 5-7 p.m., Tuesday evening at Sinnott Funeral Home in Ottumwa. Memorials may be directed to the family. Online condolences may be left for the family at sinnottfuneralhome.com.
Read Less

To send flowers to the family or plant a tree in memory of Joanna Rae Henderson , please visit our Heartfelt Sympathies Store.

Receive notifications about information and event scheduling for Joanna

We encourage you to share your most beloved memories of Joanna here, so that the family and other loved ones can always see it. You can upload cherished photographs, or share your favorite stories, and can even comment on those shared by others.

Posted Sep 07, 2020 at 11:02pm
Joanna was a an amazing person she is my niece but more like my sister, she would do anything to help a people in need of help. She loved her family with all her heart. I talked to her twice within the last two weeks she Of her life she called me to tell me goodbye, a beautiful gesture That was the kind of person she was that gesture means so much to me I will miss her dearly. I will always have loving memories of her.
Comment Share
Share via:
JS

Posted Sep 06, 2020 at 12:02am
I loved caring for her a few times, She always made it fun and had jokes. Talked about her newly adopted grandbaby and showed me videos of her baby. she loved her family so much. I will miss her positive attitude telling me she got this.
Comment Share
Share via: 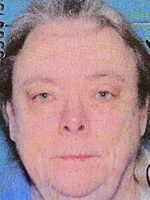