To share your memory on the wall of Jack Dietz, sign in using one of the following options:

Provide comfort for the family of Jack Dietz with a meaningful gesture of sympathy.

Print
Jack L. Dietz, age 65, of Oskaloosa, passed away on January 13, 2019 at the Mahaska Health Partnership, Hospice Serenity House. He was born on September 10, 1953 in Los Angeles, CA to John and Martha (Wilson) Dietz.

Jack married Karen Kadel on August 11, 2001. Jack worked as a deputy sheriff in Kansas City, and was a volunteer fireman and EMT. He was later a car salesman for Danielson Motor Company in Fairfield, and also an insurance broker for Aflac. After moving to Oskaloosa he became the airport commissioner at the Oskaloosa Airport.

Jack enjoyed camping, fishing, boating, collecting guns, flying planes, Civil War reenacting, and especially spending time with his family and grandchildren. He was a true jokester; who was the life of the party and could put a smile on anyones’ face.

We encourage you to share your most beloved memories of Jack here, so that the family and other loved ones can always see it. You can upload cherished photographs, or share your favorite stories, and can even comment on those shared by others.

Gilbert and Lipp Family and Jean Kadel and Clay Skinner have sent flowers to the family of Jack Dietz.
Show you care by sending flowers

Gilbert and Lipp Family purchased the The FTD Living Spirit Dishgarden for the family of Jack Dietz. Send Flowers

Posted Jan 16, 2019 at 10:04am
With Love and Deepest Condolences to Joan and all the Dietz family.
We are with you in our hearts. 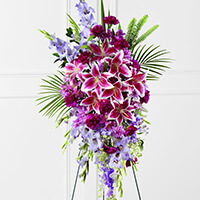 Posted Jan 16, 2019 at 10:01am
To the family of Jack Dietz, my old high school friend, Alyce, I am sorry for this huge loss in your lives. I keep all of you in mind in my thoughts and prayers. Sincerely, Janet Schnauss Cohn

Posted Jan 15, 2019 at 04:00pm
We send our condolences to all the family. Wish there were words to help in this time of grief. So very sorry for your loss.
Comment Share
Share via:
DF

Posted Jan 15, 2019 at 03:43pm
Condolences to Jack's family. I was a classmate at Chamois high and also rode the school bus with him for many years. He always made the ride enjoyable with his humor. May God be with you during this sad time.
Comment Share
Share via: 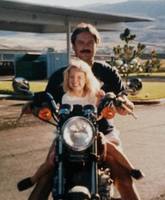