To share your memory on the wall of Ireta Frits, sign in using one of the following options:

Print
Ireta Ruth Frits, age 98, of Albia, passed away on Saturday, January 5, 2019 at the Monroe Care Center. She was born to Clarence and Ora Mae (Coffelt) Martin on October 25, 1920 in Lamoni, Iowa.

Ireta’s mother passed away when she wa... Read More
Ireta Ruth Frits, age 98, of Albia, passed away on Saturday, January 5, 2019 at the Monroe Care Center. She was born to Clarence and Ora Mae (Coffelt) Martin on October 25, 1920 in Lamoni, Iowa.

Ireta’s mother passed away when she was thirteen years old. She then lived with her Aunt in Ravenwood, Missouri for a time before moving back to Lamoni, Iowa, where she attended school and graduated from Lamoni High School. She then attended Tabor College, where she met her husband Richard Frits. They married in June of 1940. To this union they had two children, Betty and Janet. Richard was killed in WWII in 1945. Ireta and her family made Albia their home in 1947.

She was a homemaker most of her life, her family was everything to her. She worked a short time at the Leisure Lounge. She was very active in the American Legion Auxiliary and the VFW Auxiliary. She volunteered at the hospital gift shop for many years.

She is survived by her daughter Betty Stewart of Albia; granddaughters Marcia (Dan) Celania of Ottumwa, Ruth (Richard) James of Albia; great grandchildren Leah and Bryan Raskie of Albia, Danielle (DJ) Huffman of Ottumwa, Ian Celania of Ottumwa, Chris Celania of Stockholm, Sweden; two great-great grandchildren and several nieces and nephews. She is preceded in death by her parents, Clarence and Ora Martin; her husband Richard, a sister Iris, a brother Don Martin, a brother-in-law Bob, a sister-in-law Bobbi, twin sisters who died shortly after birth, her daughter Janet Frits, son-in-law James Stewart, a niece Terri and a special friend John Yarusinky.

To send flowers to the family or plant a tree in memory of Ireta Ruth Frits, please visit our Heartfelt Sympathies Store.

Receive notifications about information and event scheduling for Ireta

We encourage you to share your most beloved memories of Ireta here, so that the family and other loved ones can always see it. You can upload cherished photographs, or share your favorite stories, and can even comment on those shared by others. 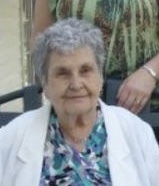 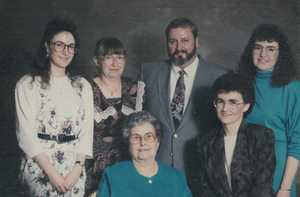 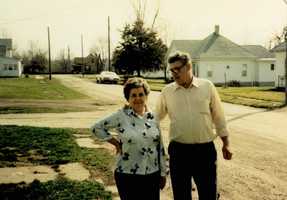