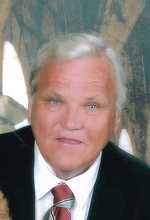 Gene Scieszinksi, age 71, of Melrose, passed away on Monday February 17, 2020 at UnityPoint Health - Iowa Methodist Medical Center with his loving family by his side.  He was born on September 4, 1948 in Melrose to Leo and Evelyn (Crall) Scieszinski.

Gene graduated from Albia High School, class of 1966, and then completed his computer tech degree from Ottumwa Tech.  He married Patti Sinnott on December 23, 1967 at St. Mary’s Catholic Church in Albia.  They moved to Phoenix, AZ, where he worked for General Electric.  He enlisted with the United States Army and was stationed in Germany from October of 1969 - January of 1971  After his service, Gene and Patti moved back to Melrose where they raised their family.

Gene farmed as well as owned and operated Ski Transport.  Gene was known for his good nature and always willing to help others.  He always had a smile and good joke for all as he never knew a stranger. He enjoyed watching racing and sports of all kinds, boating, classic cars, and spending time with family and friends.

A Mass of Christian Burial will be held at 10:30 a.m., Saturday, February 22, 2020 at St. Patrick’s Catholic Church in Melrose with Father Timothy Armbruster, C.PP.S. officiating.  Military rites will be conducted following services by the American Legion of Melrose, Albia, and Lovilia in Mt. Calvary Cemetery.  Visitation will be held on Friday, February 21, 2020, opening to the public at 2:00 p.m., with family present to greet family and friends from 4-8 p.m., Friday evening at Sinnott Funeral Home in Albia.  There will be a Christian Wake Service at the funeral home Friday evening at 7:00 p.m.  In lieu of flowers, Memorials may be directed to the family in Gene’s name, and will be delegated at a later date.  Online condolences may be left for the family at sinnottfuneralhome.com.