To share your memory on the wall of Edward Crall, sign in using one of the following options:

Print
Edward Michael Crall, age 86, of Albia, passed away on Friday, October 4, 2019, at the Monroe Care Center in Albia.  He was born on September 19, 1933, on the family farm east of Georgetown, to Pat and Agnes (Stone) Crall.

Ed graduated from St. Patrick’s Catholic School in Georgetown, class of 1951.   He married Kathleen Flahive on June 2, 1956, at St. Mary’s Catholic Church in Albia with Father Lambert Heinen officiating.  They were blessed with four children: Cindy, Michael, Sue, and Kevin.  He worked at the Albia Light and Railway Company, and purchased his farm in 1958.  He thoroughly enjoyed being a cattle buyer, having customers all over the Midwest.

Ed was a longtime member of St. Mary’s Catholic Church in Albia, serving on the St. Mary’s Board of Education, and was also an instrumental part of the St. Mary’s Building and Planning Committee.  He was a charter member of the Knights of Columbus St. Mary's Council 4167 and a Fourth Degree member of the James R. Baldridge Assembly 1925 in Albia.  He was also a past Faithful Navigator for the Ottumwa McMullen Assembly in 1967-1968.   He received soil and conservation awards in 1959 and 1983, and in 1992 received the Beef Producer of the Year award.

Ed was an avid Albia Blue Demon and Lady Dee follower, and Iowa Hawkeye fan.  He cherished time spent cheering on his family and their teammates.  Faith, family, and farming is what Ed lived by.

Mass of Christian Burial will be held at 10:30 am, Wednesday, October 9, 2019, at St. Mary’s Catholic Church in Albia with Father Mark Yates C.PP.S. officiating.   Interment will follow in St. Mary’s Cemetery in Albia.  Visitation will be held on Tuesday, opening to the public at 1:00 p.m., with Ed’s family present to greet family and friends from 4-8 p.m., Tuesday evening at Sinnott Funeral Home in Albia.  A rosary will be led by the Knights of Columbus, council #4167 at 4:00 pm, with 4th degree Honor Guard.  A Christian Wake Service will be held at 6:00 p.m., Tuesday evening at the funeral home.  Memorials may be directed to St. Mary’s Catholic Church or St. Mary’s Catholic Cemetery.  Online condolences may be left for the family at sinnottfuneralhome.com
Read Less

To send flowers to the family or plant a tree in memory of Edward Michael Crall, please visit our Heartfelt Sympathies Store.

We encourage you to share your most beloved memories of Edward here, so that the family and other loved ones can always see it. You can upload cherished photographs, or share your favorite stories, and can even comment on those shared by others.

The Lockwoods, Foremans, Wingers, Lows, and Achenb sent flowers to the family of Edward Michael Crall.
Show you care by sending flowers

Posted Oct 07, 2019 at 05:03pm
The John Ryan family sends their condolences to the Ed Crall family. Thoughts and prayers to you all.
Comment Share
Share via:
TA

Posted Oct 07, 2019 at 12:31pm
Wishing you peace to bring comfort, courage to face the days ahead and loving memories to forever hold in your hearts.

Flowers were purchased for the family of Edward Crall. Send Flowers

Flowers were purchased for the family of Edward Crall. Send Flowers 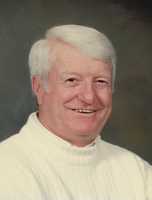