To share your memory on the wall of Doran Pence , sign in using one of the following options:

Provide comfort for the family of Doran Pence with a meaningful gesture of sympathy.

Doran was a 1953 graduate of Bloomfield High School, where he was a proud member of the football team. He served with the United States Army with the 11th Armored Calvary and was stationed in Germany. He married Carol Joyce Pence on April 10, 1954 at the Bloomfield Christian Church, and they were blessed with two sons, Loren and Chad.

He worked for Barkers, Burdman Autoparts, and then became an owner of Bimco, until his retirement in 2004. He also farmed the family farm for several years. He enjoyed traveling, attending the 11th Armored Calvary reunions, attending the Pence Henkenius Rupe Fourth of July Celebrations, and especially enjoyed attending his children and grandchildren's activities. He had been active in the Bloomfield Development Corporation, former member of the Bloomfiled Jaycee Club, and a member of the American Legion Reed Whisler Post No. 78. Doran was an avid Iowa Hawkeye and St. Louis Cardinal fan.

Funeral Services will be held at 11:00 a.m., Saturday, February 8, 2020 at the Bloomfield Christian Church with Reverends, Jim Wakelin and Leslie Dotson officiating. Interment will follow in I.O.O.F Cemetery with military rites. Visitation will be held on Friday, February 7, 2020, opening to the public at 2:00 p.m., and Doran’s family will be present from 6-8 p.m., Friday evening at Sinnott Funeral Home in Albia. There will also be a visitation held on Saturday from 9:30 a.m. until service time at 11:00 a.m. at Bloomfield Christian Church. Memorials may be directed to the Bloomfield Christian Church, I.O.O.F Cemetery Foundation or the Welcome Home Soldier Monument. Online condolences may be left for the family at sinnottfuneralhome.com
Read Less

We encourage you to share your most beloved memories of Doran here, so that the family and other loved ones can always see it. You can upload cherished photographs, or share your favorite stories, and can even comment on those shared by others.

With love, Wanda, Theresa, Yvonne & Families and Donna and Terry York and family have sent flowers to the family of Doran Wayne Pence .
Show you care by sending flowers

Posted Feb 08, 2020 at 05:23pm
Sending Shelton family condolences to Lauren and the Pence family. We sure are sorry to hear about your loss.
Comment Share
Share via:
AG

Posted Feb 07, 2020 at 01:23pm
Joyce, Loren, Chad & families,
I was saddened to hear of Doran's passing. So many memories of Doran. One memory is all the candy that Doran and Joyce made at Christmas. I had always heard of all of this candy but was in total awe when I was over one afternoon and walked through the kitchen. Thank you for being the best neighbors when I lived in the apartment house and for being the best neighbors for Grandpa and Grandma for many years. Wishing you peace and comfort during this difficult time.

Flowers were purchased for the family of Doran Pence . Send Flowers

Posted Feb 06, 2020 at 09:30pm
Aunt Joyce, Chad, Loren & Families. Our deepest sympathies on the loss of your loving husband, father and grandfather. May he soar with the angels. 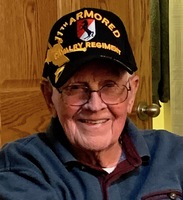