To share your memory on the wall of Dick Brown , sign in using one of the following options:

Dick graduated from Moravia High School in 1948 and immediately joined his father, Russell, in farming until he started his own farming operation. He married Theresa Jordan on January 14, 1951. Dick embodied the literary character Tom Sawyer with the twinkle in his eye that reflected both merriment and adventure. He had countless friends, and wherever he went he knew someone. It was rumored that when you went to dinner with Dick you had to leave at least a half hour early to give him time to talk to most of the people in the restaurant. He always had a story to share and would delight with his sense of humor. Dick enjoyed gardening and sharing his produce with everyone from miles around. He also loved dogs and cats, and never would let animals go hungry.

Dick was preceded in death by his parents, Russell and Clara, his beloved wife Theresa in 2018, and sister Betty Jean Dunham in 2020. He is survived by son Bradley Brown of Albia, nephew Daniel (Linda) Dunham of Des Moines, nieces Deborah Dunham of Florida, and Jennifer (Dan) Yoder of Texas.

Funeral Services will be held at 10:30 a.m., Tuesday, July 14, 2020 at Trinity United Methodist Church in Albia with Reverend Roger Henry officiating. A funeral luncheon will take place after services, followed by interment in Iconium Cemetery. Visitation will be held on Monday, July 13, 2020, opening to the public at 2:00 p.m., with Dick’s family being present from 5-7 p.m., Monday evening at Sinnott Funeral Home in Albia. Memorials may be directed to Trinity United Methodist Church Music Department. Online condolences may be left for the family at sinnottfuneralhome.com.
Read Less

To send flowers to the family or plant a tree in memory of Dick Brown , please visit our Heartfelt Sympathies Store.

Receive notifications about information and event scheduling for Dick

We encourage you to share your most beloved memories of Dick here, so that the family and other loved ones can always see it. You can upload cherished photographs, or share your favorite stories, and can even comment on those shared by others.

Posted Jul 10, 2020 at 02:01pm
Kenny and I were invited to Brad and his buddy Jonathon’s birthday party a few years ago and having both of Brad’s parents there eating visiting and sharing laughs was fun. They were such a cute couple and if I remember correctly Brad played the piano. They must have been so proud. God is Love and and it showed in their twinkling eyes:)
Comment Share
Share via:
J

Posted Jul 10, 2020 at 07:02am
The Browns were a bright spot in my life for sure! She played at many of our funerals and of course that meant we got to see Dick come in smiling. There wedding anniversary was the same day as my birthday so we knew it was going to be a cold day. They must have known every person in a 50 mile radius of Moravia. God truly blessed the world with the browns!
Comment Share
Share via:
DT

Posted Jul 09, 2020 at 05:35pm
So sorry for your loss I delivered meals to him such a sweet man may he rest in peace!
Comment Share
Share via: 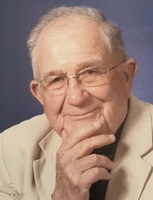 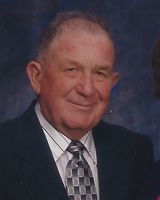