To share your memory on the wall of Cornelia Rabbass, sign in using one of the following options:

Cornelia loved music and practiced diligently to become an accomplished pianist. She also loved to sing and it was at church choir practice that she met “ that tall good looking brother of Alma Rabbass” a photographer in town. Harold, raised on a farm near Royal NE, had moved to West Point to help his older sister in her photography business. He was quiet and a little shy but Cornelia caught his eye and he summoned the courage to request the pleasure of walking her home after choir. A burst appendix landed Cornelia in the hospital and Harold was her devoted visitor. She recovered and they were married on September 13, 1936 and enjoyed 62 years of marriage until his passing in 1999.

Harold's photography career took them to Minden and North Platte, NE. In 1940 they purchased a photography studio in Blair, NE and settled there. World War II saw Harold drafted into the Navy Seabees, so Cornelia quickly learned all aspects of their business in order to keep it afloat in his absence. She flourished as a business woman and established many lifetime customers who wanted their pictures taken to send to their service men overseas in the war. After the war Cornelia continued to “paint” or colorize the black and white portraits that Harold took and they were a team until the studio closed in 1976.

Cornelia found an enjoyable career with Production Credit Association. She was also very involved in her church, Trinity Lutheran in Blair, playing the organ for many years, singing in the choir, teaching Sunday School and serving in many leadership roles with the Lutheran Women's Missionary League. She helped establish the Sunshine volunteer group at Memorial Community Hospital and was a regular in their hallways for many years. She volunteered for their Annual Hospital Rummage Sale and outfitted her grandchildren with Nebraska sweatshirts purchased at those sales. Cornelia loved the outdoors, staying active and all aspects of nature. She was a Girl Scout in the early years when uniforms were handmade by moms. As a girl she loved to ice skate in the pond at the city park in West Point with clamp on skates, and enjoyed riding her bicycle well into her 80's. She remained in her own home in Blair until the age of 98. She moved to Ottumwa Good Samaritan and spent her remaining years close to her son, Paul and family.

Cornelia is survived by her son, Paul Rabbass (Denise) of Ottumwa, IA, 3 grandchildren: Matthew Rabbass of CA, Karl Rabbass of Omaha, NE and Theresa Wendorff (Carl) of Warsaw, MO, 3 great grandchildren: Kendall Rabbass, August Wendorff and Gloria Wendorff, and many nephews and nieces. She was preceded in death by her parents, her husband, and her brother and sister-in-law, Willard and Dorothy Schwinck.

Celebration of Life Services will be held at 10:00 a.m., Saturday, September 5, 2020 at the Trinity Lutheran Church in Ottumwa with Pastor James Preus officiating. Visitation will also be held on Saturday, September 5, 2020 from 9 a.m until the service begins. Burial will be in Blair cemetery with Pastor Shawn Linnell officiating. Memorials may be made to Trinity Lutheran Church Blair, NE or Ottumwa, IA. Funeral arrangements are entrusted with Sinnott Funeral Home in Ottumwa.
Read Less

To send flowers to the family or plant a tree in memory of Cornelia Schwinck Rabbass, please visit our Heartfelt Sympathies Store.

Receive notifications about information and event scheduling for Cornelia

We encourage you to share your most beloved memories of Cornelia here, so that the family and other loved ones can always see it. You can upload cherished photographs, or share your favorite stories, and can even comment on those shared by others.

Posted Sep 07, 2020 at 06:07pm
My name is Emily Anderson.I read many obituaries in case I know a family member. I was not lucky enough to know Cornelia, but I read her obituary in the Blair NE paper. I wanted to let you know that I really enjoyed her life’s story. You did an amazing job of sharing Cornelia’s milestones. I’m sure she was a wonderful woman. My condolences.
Comment Share
Share via: 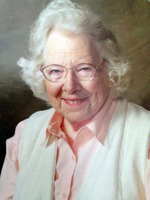