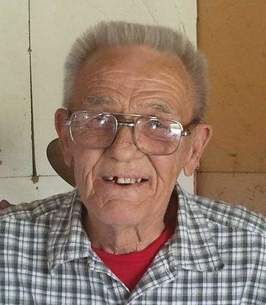 Print
Charles “Larry” Brown, age 80, of Albia, passed away on Saturday evening, December 8, 2018 in Knoxville, under the care of EveryStep Hospice. He was born in Pershing, Iowa on March 1, 1938 to Charles Mancel and Ada Irene (Thomas) Brown.

Charles was a contractor for many years. He was a member of the Living Church of God, and a past member of Coast Guard Auxiliary. His passions were motor homes, boats, lake homes, camping, and loved raising many various animals, especially his dairy cows. He was a proud political conservative. He enjoyed studying his bible every night, and he loved sharing the word. We all loved the man who loved everybody.

Funeral Services will be held at 10:30 a.m., Thursday, December 13, 2018 at the Sinnott Funeral Home, Gilbert Chapel in Lovilia with Pastor Brian Pomicter officiating and Adam Binns will be the Eulogist. Burial will follow in Marysville Cemetery. Visitation will be held on Wednesday, December 12, 2018, opening to the public at 1:00 p.m., with family greeting friends from 5-7 p.m., Wednesday evening at Sinnott Funeral Home in Lovilia. Memorials will be directed to the family. Online condolences may be left for the family at sinnottfuneralhome.com

To send flowers to the family of Charles "Larry" Brown, please visit our Heartfelt Sympathies Store.

We encourage you to share any memorable photos or stories about Charles "Larry". All tributes placed on and purchased through this memorial website will remain on in perpetuity for future generations.

DB
So sorry to hear of Larry's passing. He was such a kind soul and never met a stranger. He was a hard working person that enjoyed family, friends and God's creations. He loved keeping and sharing his faith in the Lord. He will definitely be missed by so very many.

We ask the Lord to embrace his family and friends with the Comfort of His Holy Spirit to guide and protect them as they go forward without Larry's presence in their daily lives and Hope of someday meeting again on that Golden Shore.
Dana & Nancy, Carole Binns - Saturday December 15, 2018 via Condolence Message

VV
Prayers for your family in this time of loss.
Vickie LeMay and Tosha VanRees - Tuesday December 11, 2018 via Condolence Message

KB
The thing that made me proud to call myself Larry Brown's daughter was his determination to raise his children with strong character. He believed in trusting God, being truthful, being faithful, being hardworking, being forgiving, and most all.. loving everyone. I cannot imagine being without him. But Dad and I both knew we would see each other again. I love you Dad.
KELLY BINNS - Monday December 10, 2018 via Condolence Message
1
Page 1 of 1
Share
×

Thank you for sharing!

Provide comfort for the family by sending flowers.

Or use your email:

Provide comfort for the family by sending flowers.

Connect with families at their time of loss. By subscribing to email updates, you will receive two daily updates containing all new stories, photos, candle lightings, condolences, and more.